On the march for memories….. 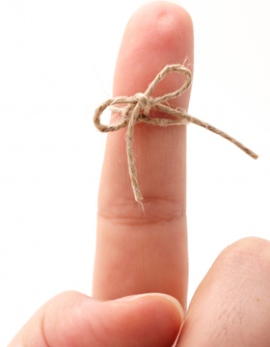 Forgetfulness… it happens to all of us.  In the midst of our busy schedules we can forget appointments, the pesky errands on our to-do lists, ‘oh shoot I forgot to send Mr. Smith that email…’.  But what about the memory loss that happens with dementia?

It is estimated that 5.4 million people suffer from Alzheimer’s disease (the most common form of dementia).  Typically, most cases of Alzheimer’s are in people over the age of 65, and a 5th of those over 65 will die of Alzheimer’s related complications.  You may even know a family member that has it because it is so prevalent.  It’s thought that about 50% of people over the age of 80 years old will develop Alzheimer’s disease.  It’s also tough to put a finger on what the cause is of this debilitating disease…. just getting older is a large factor.   It’s been suggested that education level, amount of physical activity, healthy eating, and mindful activities can attribute to Alzheimer’s development.  Even still, sometimes the healthiest most educated people can develop Alzheimer’s.  There is a genetic component that seems to contribute to Alzheimer’s development, the ApoE gene; if someone has a certain form of the gene, the ApoE4 allele, their risk for Alzheimer’s is much higher.  A normally functioning ApoE gene will help to clear beta-amyloid protein clumps in the brain.  If the beta-amyloid doesn’t get cleared away it builds up and this is what leads to neuron death and ultimately the symptoms we see in Alzheimer’s patients.  It seems that those people with the ApoE4 gene have an impaired mechanism to clear those protein clumps from beta-amyloid.

Treatment for Alzheimer’s is available, but the medications currently given cannot reverse the changes in the brain due to the beta-amyloid formation.  They can help to slow the progression of the disease, but ultimately the patients still decline in cognitive function and their physical abilities.

There is good news though!  Just a few weeks ago a study was published from the Landreth lab at Case Western in Science magazine with a potential breakthrough medication that may reverse the effects of beta-amyloid protein aggregation.  The interesting thing is that this is a drug that has been used for the treatment of cancer, so it is already FDA approved for human ingestion.  The study showed that levels of beta-amyloid in mice in the areas of the brain associated with cognitive decline in Alzheimer’s disease, there was a clearance of 40% within 72 hours.   Even more exciting is that the mice had restored memory and cognitive function!  The mice were also restored in their abilities to smell and build nests.  This is a huge change from the currently prescribed meds that are not able to restore memory and physical abilities.

While this drug has not yet been approved for the treatment of Alzheimer’s disease, it is a promising new leap in the area of treatment for this debilitating disease.  The future for better treatments of this disease seems promising and bright!